The Mediterranean climate, diversity of nature and people, these are the characteristics making the area we live in that special. When God created this place, he privileged above all the south of South Tyrol, which resulted in an impressive holiday region that now offers the certain something.

The variety of South Tyrol is reflected in its landscape, as on a surface of 7,400 sq m it includes a vegetation that ranges from Mediterranean olive orchards to glacial areas. Consequently also the offer regarding tours is rich in variety. 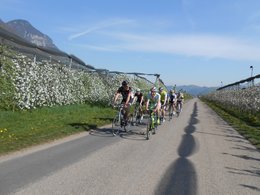 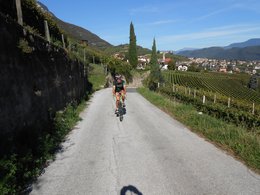 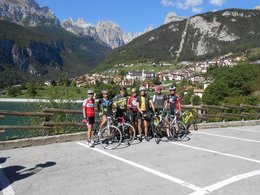 Our provincial public administration has recognized the benefits of our area and has realized a fully developed network of cycling paths throughout all the province, despite of narrow valley stretches and considerable altitude differences to overcome.
It has been many years now that you can traverse South Tyrol from north to south and from east to west, and every year little sections are added. Regarding cycling paths, the Netherlands are front runners, but we are in no way inferior. Not for nothing the classical tours such as the Sellaronda, Passo dello Stelvio mountain pass as well as several other Dolomite passes are venue for at least one stage of the famous Giro d’Italia multiple-stage bicycle race. 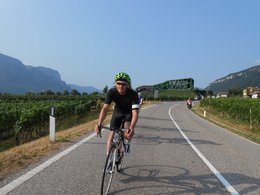 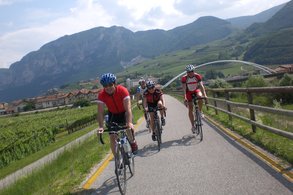 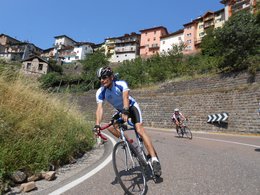 As far as Termeno is concerned, it is a fabulous starting point for a large variety of tours, especially in spring and autumn temperatures are perfect for cycling. Summer season in our area (July - August) might become rather hot in our area, what I absolutely love by the way, but that’s not everybody’s cup of tea.